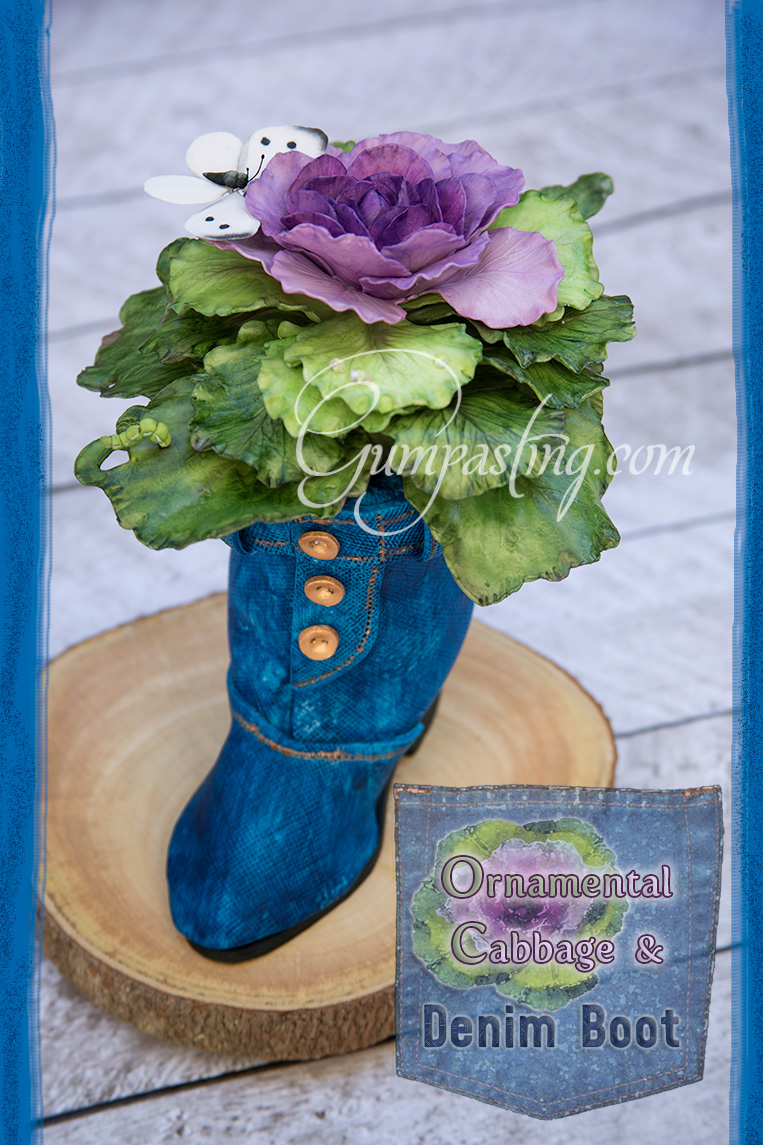 I have been fascinated with ornamental cabbage and kale for years because of their pretty shape and coloring and because so I like to plant it in my garden in the fall. With that in mind I decided an ornamental cabbage would be the perfect subject for an autumn project this year. After I was finished creating it I knew I wanted a fun way to display it. I originally thought about placing it into a gumpaste/fondant terracotta pot or an old bucket, but that just didn’t seem playful enough. That is when I thought about possibly using an old boot, or better yet, a boot fashioned out of gumpaste denim material that could be used as a cake topper.

The following are a few pointers for those of you who would like to make this topper for yourself.

To make it a bit easier, I decided to make a cabbage head instead of kale since their leaves are a little less intricate and their edges are not nearly as rippled. I suggest using a real plant or finding several good pictures as points of reference to help you in this endeavor as leaf placement is the key to a nicely formed head. Sadly, this did not occur to me until after my first failed attempt at reproducing this visually striking vegetable.

Even though I love the coloring Mother Nature has provided them, I did take a little artistic leeway and used a slightly different coloring that I thought would be a more appealing partner for my denim boot.

Finishing Touches: It certainly was not necessary, but I thought it would be cute to add a cabbage butterfly, a little green cabbage caterpillar and dew drops for some extra visual interest. 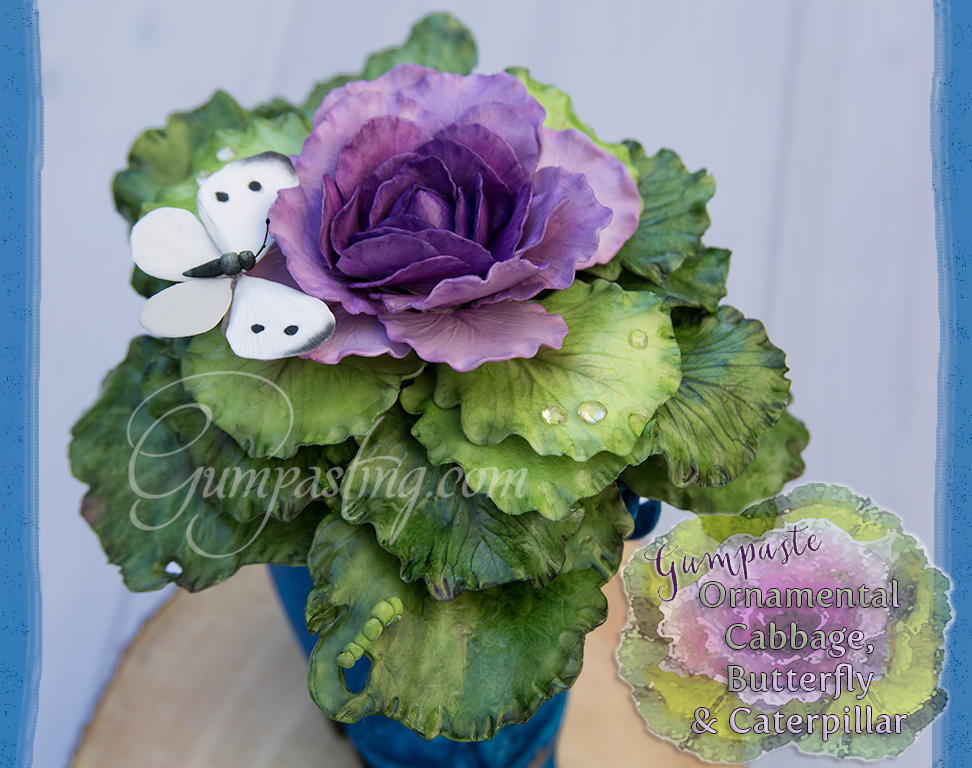 My original source of inspiration for my fondant denim material was Jessica Harris’ Craftsy.com class: The Clean and Simple Collection: Playful Techniques. I also took a few pointers from the YouTube tutorial: CakeFu Masters Series Amelia Carbine. I would highly recommend watching both of these videos for these two ladies’ insight into creating denim textured fondant.

Here are a few things I found worked out for me when making my denim boot:

I used a mixture of gumpaste/fondant instead of straight fondant as it gave me more structural support for my boot.

To paint on the color wash I used a “cheap” fan brush like Amelia Carbine did in her video and it worked like a charm. I could not find a way to clean all the blue coloring out of the brush when I was finished, so you can either choose to throw it away after finishing the project or you can save it for painting something blue again in the future (unless you are brave and will take the risk of it bleeding into another color).

I deviated slightly from the advice on the two videos as I opted to paint my gumpaste/fondant pieces “after” I adhered each part (shaft, toe, back, belt straps, etc.) together. For me it turned out to be easier to handle this way and a lot less messy. However, I did as both ladies suggested and waited for my color wash to dry slightly before adding additional pieces.

To create my boot’s stitching I used a stitching/embossing wheel. I then painted over the tool’s track marks to mimic threads with a very narrow brush with a mixture of bronze luster dust and alcohol. I liked the result because I thought the luster coloring gave it a real thread-like appearance and was a nice contrast to the dull denim texture. 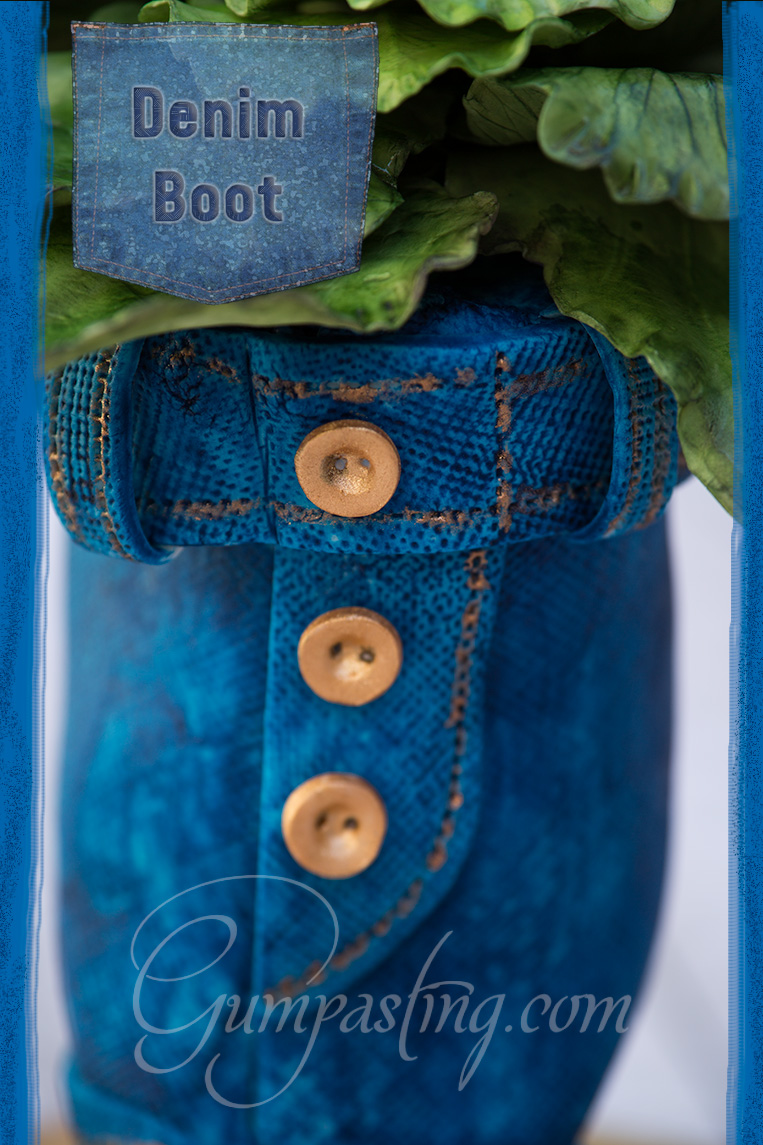 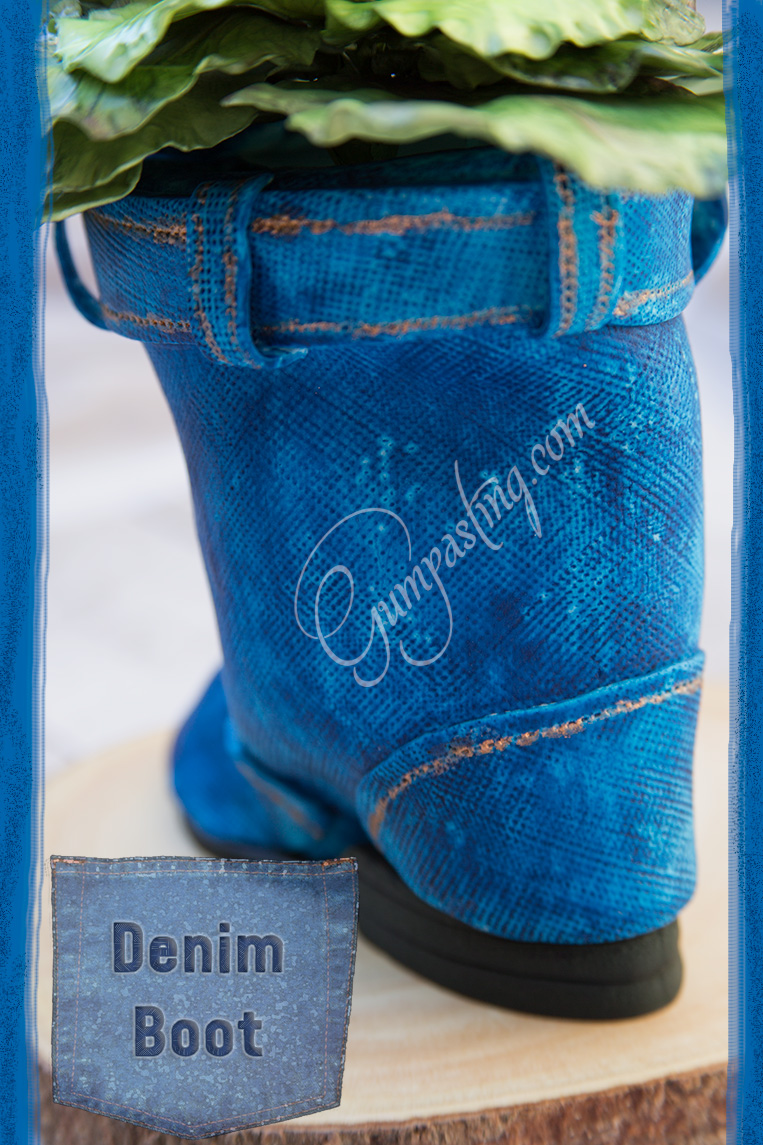